His latest, DEARLY BEFUDDLED, is a special treat for photographers. Set in Yellowstone National Park, it's the story of an aspiring landscape photographer named Isaac Holman who's asked to photograph the wedding of a woman with whom he's hopelessly in love.

"Dearly Befuddled" is a delightful read.  Combining satire reminiscent of Carl Hiaasen, a protagonist with romantic issues worthy of Woody Allen, and an abiding affection for the natural wonders of Yellowstone Park, Katz has written a wry, witty romp through a weekend wedding like no other."

"Katz has staged a lighthearted, romantic romp -- a Hollywood wedding starring movie moguls, struggling screenwriters, strippers, Old Faithful and an errant moose -- against one of the most beautiful backdrops in all the world.  Fun and funny . . .  and worth packing your waders for!"

"Dearly Befuddled is a screwball comedy about unrequited love, but Michael Katz reaches deeper with affectionate insights into all his characters, tempering the insanity of the film business with the splendor of Yellowstone National Park."

Kim Gruenenfelder, Bestselling Author of A Total Waste of Makeup, Misery Loves Cabernet and There's Cake In My Future.

Available in softcover and E-book at Amazon 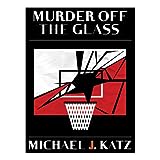 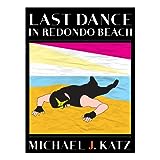 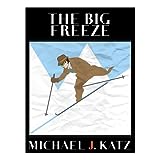 MURDER OFF THE GLASS:

"Murder Off The Glass is like an off-balance jump shot that rolls tantalizingly around the rim before dropping through for the score."
Henry Kisor, Chicago Sun-Times

"What a lot of raffish, rowdy, reprehensible people Michael Katz has assembled on Redondo Beach. I loved hanging out with them, and I was sorry when the party was over."
Donald Westlake

"Katz makes the men behind the gaudy facades believable figures rather than comic grotesques...the unmasking of both victim and killer is cleverly and comically plotted."
Los Angeles Times

"Panache, charm and wit. All are apt descriptions for the style of Michael Katz."
West Coast Review of Books

"Crackles with wit."
ALA Booklist